(collage on canvas)
Jibril was born in Cameroon in April 1983 and attended the Baptist primary school in Bamenda where he first got interested in drawing. He sold his first drawing to his class teacher at age... 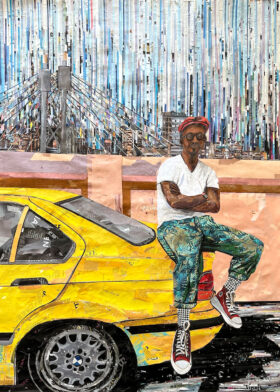 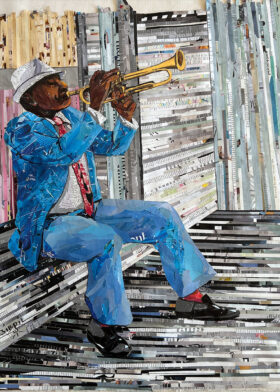 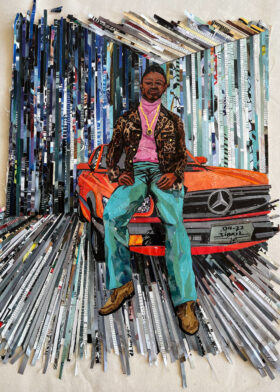 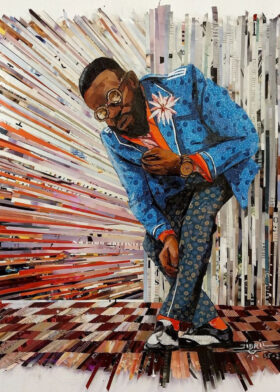 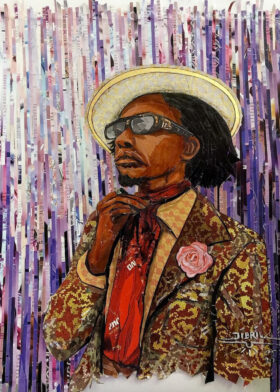 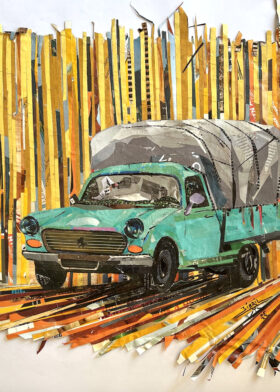 A virtual South African Touch in your interior?

If you fall in love with a piece of art but you’re not sure whether it fits in your interior we can show it to you with the Virtual Interior Art tool: just send us a few photos of the space you have in mind and the name(s) of the artwork you like and we show you how it looks like in your living room, kitchen, bedroom, office space or where ever…..without any obligation.
It can be that easy!

Jibril was born in Cameroon in April 1983 and attended the Baptist primary school in Bamenda where he first got interested in drawing. He sold his first drawing to his class teacher at age seven. From that moment he was motivated and started experimenting with any material he could find like charcoal and chalkstones that he would collect from the river banks. He would create his images on paper, wood and sometimes on walls.

At the age of fifteen, he started taking art classes at the Spee Arts Cultural Center in Bamenda, Cameroon. At 17, he won third prize for Best National Creative Artist in Collage, sponsored by the Delta Tobacco Cooperation Cameroon in the year 2000.
He moved to South Africa in 2006 to further his education and obtained a diploma in graphic design at Johannesburg City College in 2009, and a BA in Visual Arts and Education at the Johannesburg City College in 2019.

He now works with paper, magazines and sometimes other found objects bond together with flexible acrylic gel on canvas. He explores the redefinition of fashion and expression in the lives of ordinary people and of those who motivate them to live life by their own definition. Jibril works in August House, Doornfontein, Johannesburg.